"[A] historical tale that translates today into a contemporary one: how women can take possession of their fates, write their stories as they see fit, even when living under the iron fist of societal pressures or men afraid of female power."

“[O]ne of the least bitter, most loving books I have read in a long time, and it's beautifully made. Fans of Jenny Boully’s not merely because of the unknown that was stalking toward them and Maggie Nelson's The Argonauts — frankly, anyone interested in fairy tales and in memory and in desire — should read this haunting biographical collage. It’s a terrific work of lyric nonfiction, a form underrepresented on the fairy-tale shelves.” 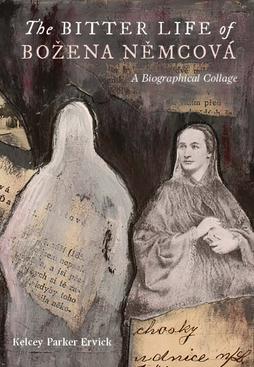 "Parker Ervick has transported me to Prague and shown the blending of fairy tales, history, and cultures laying the groundwork for Kafka’s surrealism (and exported far away, magic realism). With a touch of her magic, Parker Ervick plays with the shrouds of mystery surrounding Božena’s life and origins."

WATCH THE TRAILER, FILMED IN PRAGUE

The Bitter Life of Božena Němcová

"The Bitter Life of Božena Němcová is a singular compendium—a handbook, a digest, an offering, a constellation in orbit around the strange bright star of nineteenth-century Czech writer Němcová. Via a series of carefully curated letters, excerpts, images, and documents, Němcová is brought to life in curious gasps. But the book is also a vivid and gripping portrait of another artist, Kelcey Parker Ervick, who, in searching for the other finds something of herself."

"[A] remarkable and subversive experiment in biography, in history, in literary criticism, and in autobiography."

"Ervick’s innovative collage form, with its many voices and viewpoints, questions the concept of biographical “truth” while also revealing a nuanced portrait of Němcová."

"True fans of fairy tales, the kind that lure and snag readers into their dark depths, will find a similar sensation of desire and danger in this nonfiction collage of history."

Artistic, rebellious, and unapologetically intelligent, Božena Němcová defied every convention for a woman in mid-nineteenth-century Bohemia. The Bitter Life of Božena Němcová is a biographical collage of found texts, footnotes, fragments, and images by and about the Czech writer. Kelcey Parker Ervick questions the concept of biographical “truth” while also revealing a spellbinding portrait of Němcová. The book’s second section is Parker Ervick’s epistolary memoir of her own failing marriage and her quest for a Czech typewriter, as well as a meditation on reading, writing, and happy endings. The two sections combine to create a book as defiant, enchanting, and complex as its namesake.

Read about the journey of writing this book at The Common:

"In Search of Božena Němcová"